In May 2005, I went trekking in the hills of Olympos, and started turning over stones and boulders. Soon I encountered two strange, pink, serpentine reptiles. 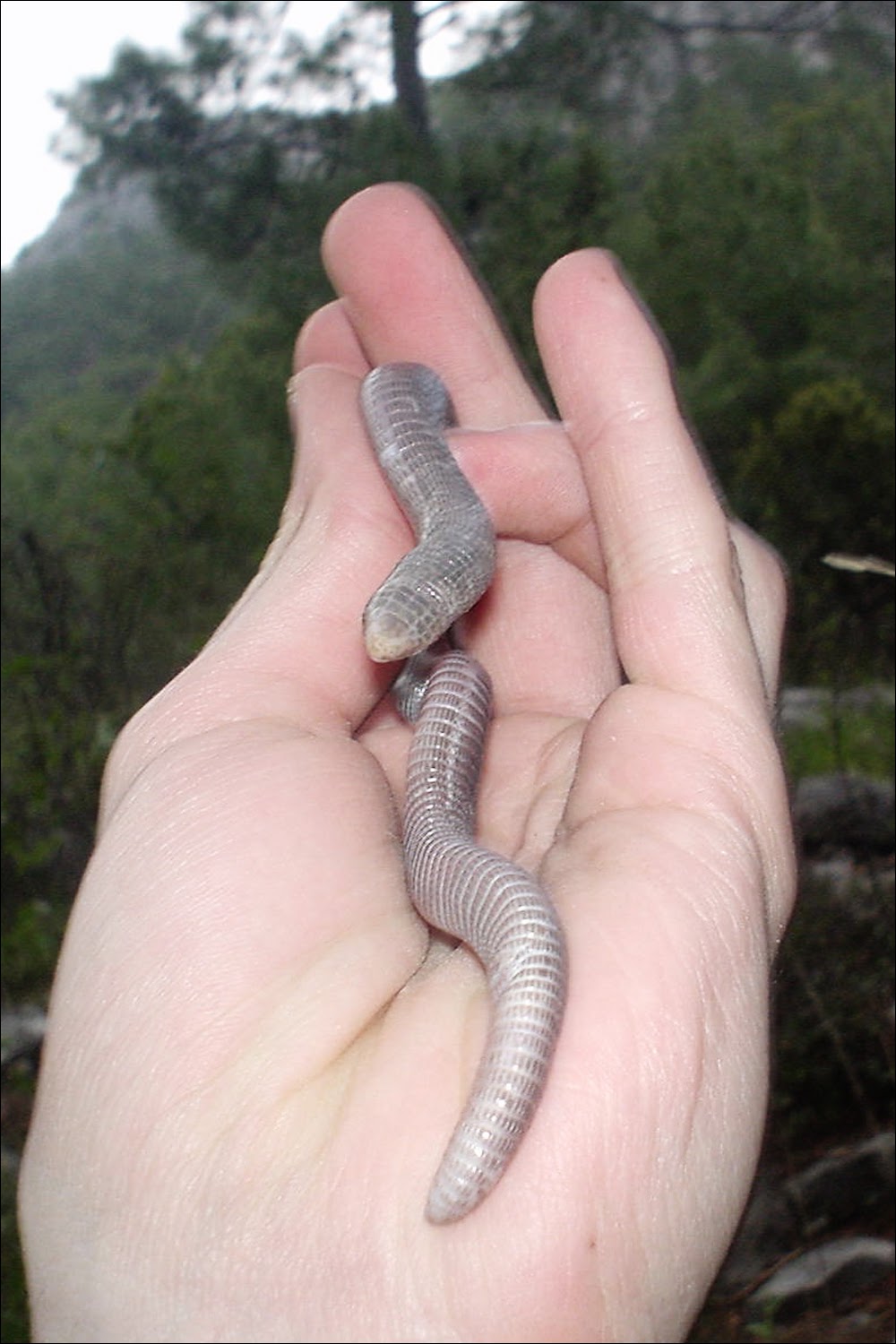 The first looked for all the word like a reptilian worm. It was not a snake, but an amphisbaenian, superficially snake-like relatives of Lacertid lizards. This guy was of the species known as Blanus strauchi. It moved like a true earthworm or a gigantic caterpillar, shuffling back and forth inside its loose, scaly skin. 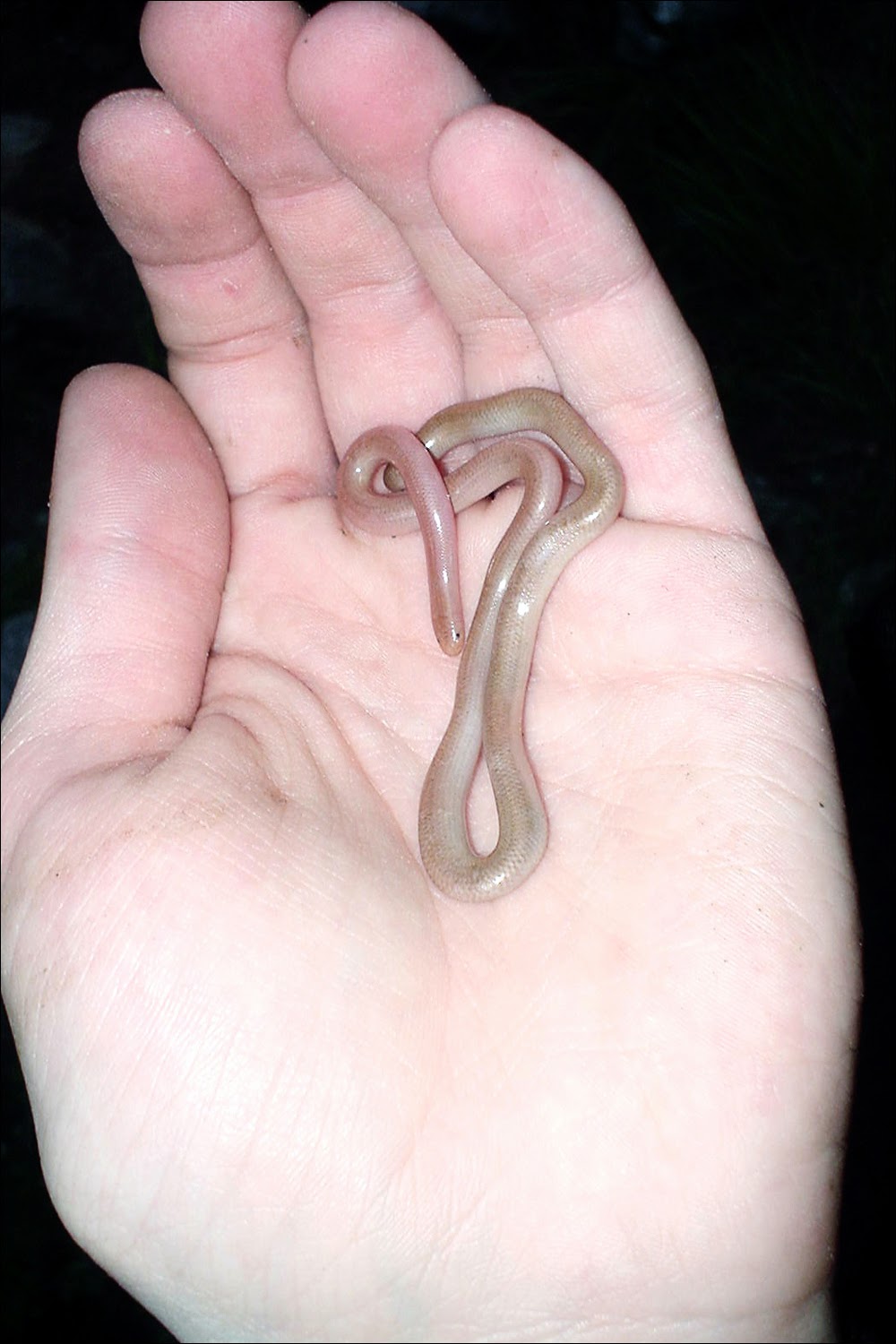 A while later I came across a true snake. This creature, with its tiny, pinprick-like eyes, was a Typhlopid blindsnake, Xerotyphlops vermicularis.

Although they looked similar, these animals were not close relatives. The selective forces of evolution had given them similar forms, weeding out all excess features for a burrowing life. Without limbs, tails, ears and even eyes, they were among the most minimal of all backboned animals.

I wanted to keep these critters as pets, but I knew I couldn't take good care of them if I took them home. I released them back into their burrows and continued with my trek.