Searching for Giant Grasshoppers on an Empty Highway 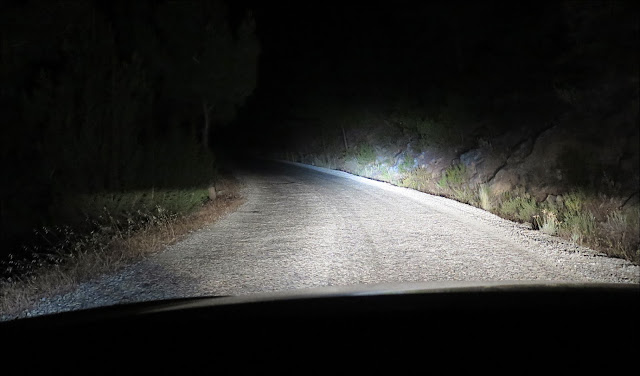 Just earlier this night, in June 2014, my wife and I went on a wild, action-and-mystery-packed car ride. I was driving madly along the narrow, dark village roads around the peninsula of Bodrum, not going to any particular destination, but looking for specimens of Saga, a giant, arcane insect that I knew lived in these areas. 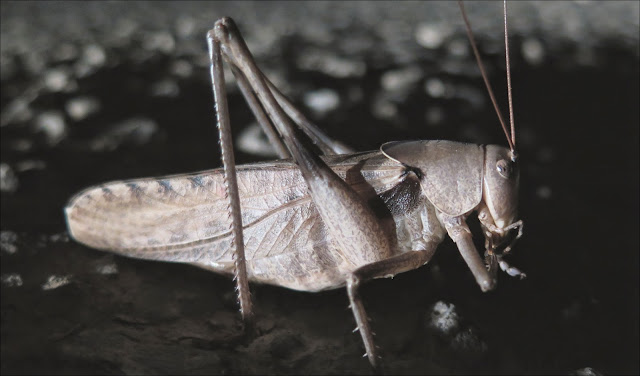 Driving slowly along an empty highway made it very easy to spot insects and other animals. This big, brown katydid, (Tettigonidae sp.) was one of my first discoveries. 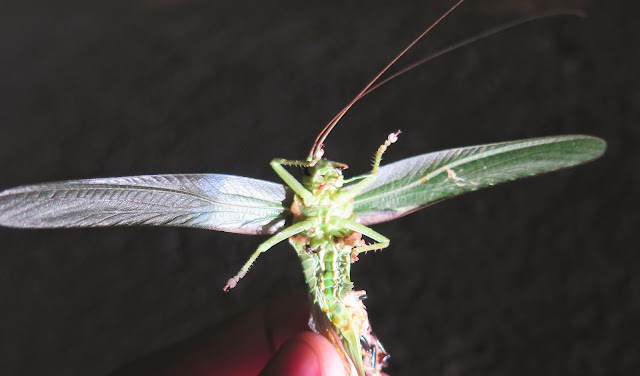 This other, green katydid was unfortunately ran over by a passing car. 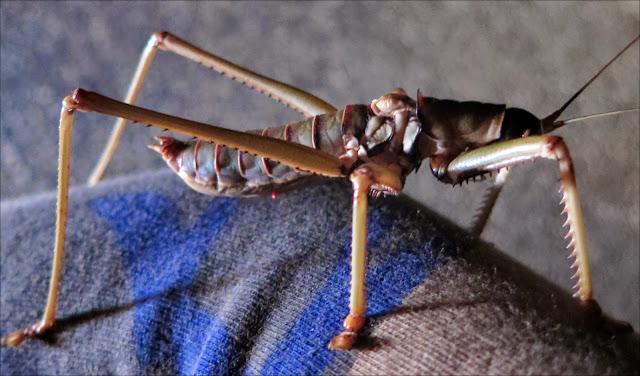 After an hour or so of driving, we beheld what I was searching for. Just before us stood a wingless, long-legged insect the size of a kitten. I hit the brakes, turned on the emergency stop lights and jumped out of the car. It was a giant bush cricket, the legendary Saga, a katydid so specialised for a predatory lifestyle that all of its legs bore saw-like teeth, like a praying mantis multiplied by three. This reddish-gray one was as big as my hand and very vicious - I could not take it up to the car with us. 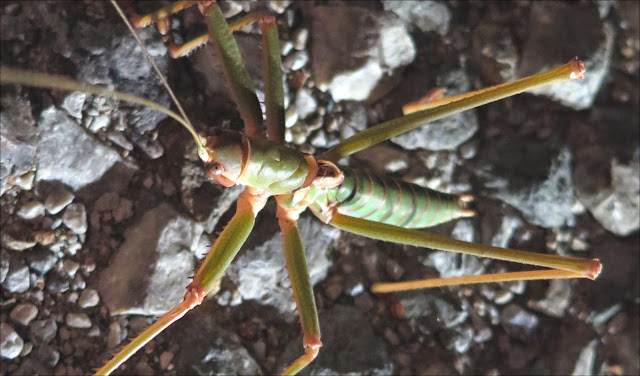 A while later, we saw a second Saga. I managed to capture this comparatively docile specimen, and away we rode into our hotel. I actually wanted to drive an extra hour and visit Bodrum, get a table at a rock bar, and feed our newly-captured insect bits of meat while listening to rock music and drinking raki, but my wife was very tired, and I had exceeded my quota of insane acts for the night. 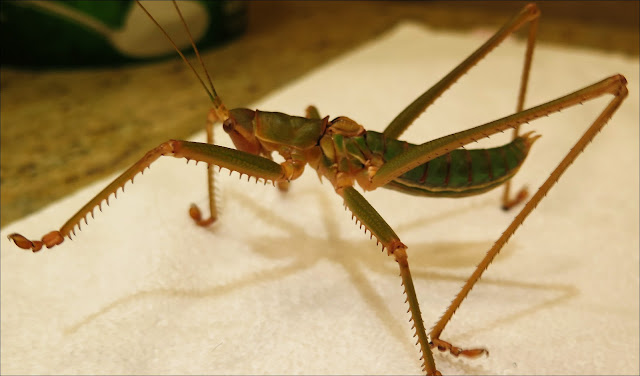 Back at the hotel, I took some photographs of our guest. It was easily one of the most awe-inspiring insects I had seen. It moved in a wavering, dance-like motion, no doubt the reason behind one of its more badass common local names - the "spiked magician." 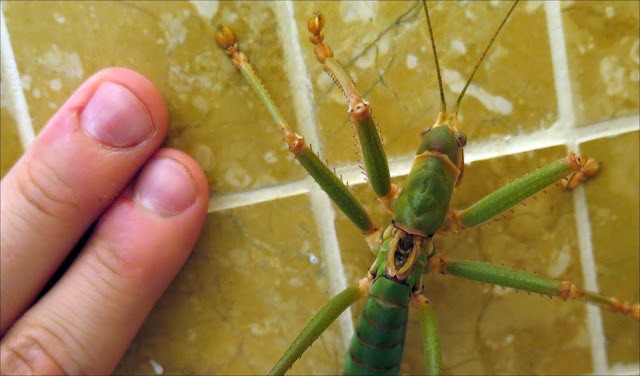 Here is a shot of the Saga, compared with my fingers. 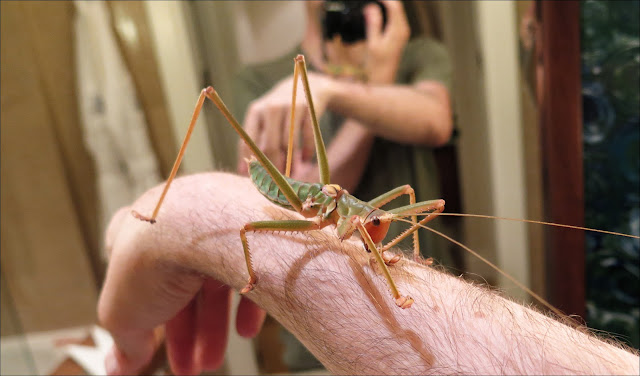 Easily a "poor man's weta." Encouraged by the giant cricket's docile behaviour, I let it climb onto my arm. 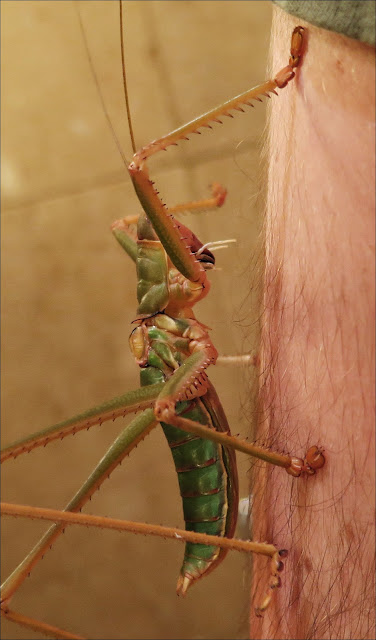 The sensation of the Saga walking on the inside of my arm was a strange experience. Its giant, adhesive feet hurt my skin ever so lightly, like kisses from tiny girls who liked to bite. 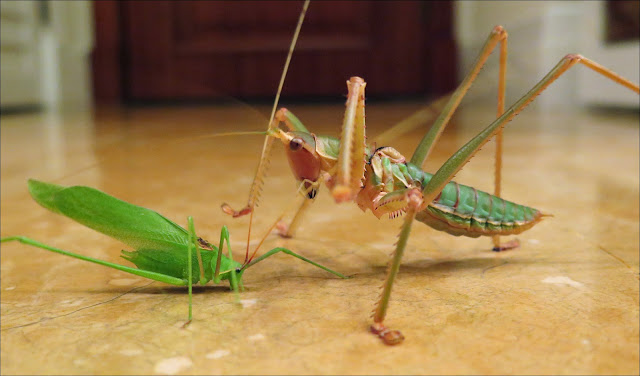 I also wanted to see her feed. I caught a normal-sized katydid from our hotel room balcony, and presented it to the Saga. Strangely, she was scared of the smaller creature, and did not attack it. I then set the smaller katydid free. Note the enormous size discrepancy between the two animals, which are actually related. The giant Saga is further interesting in completely lacking wings. 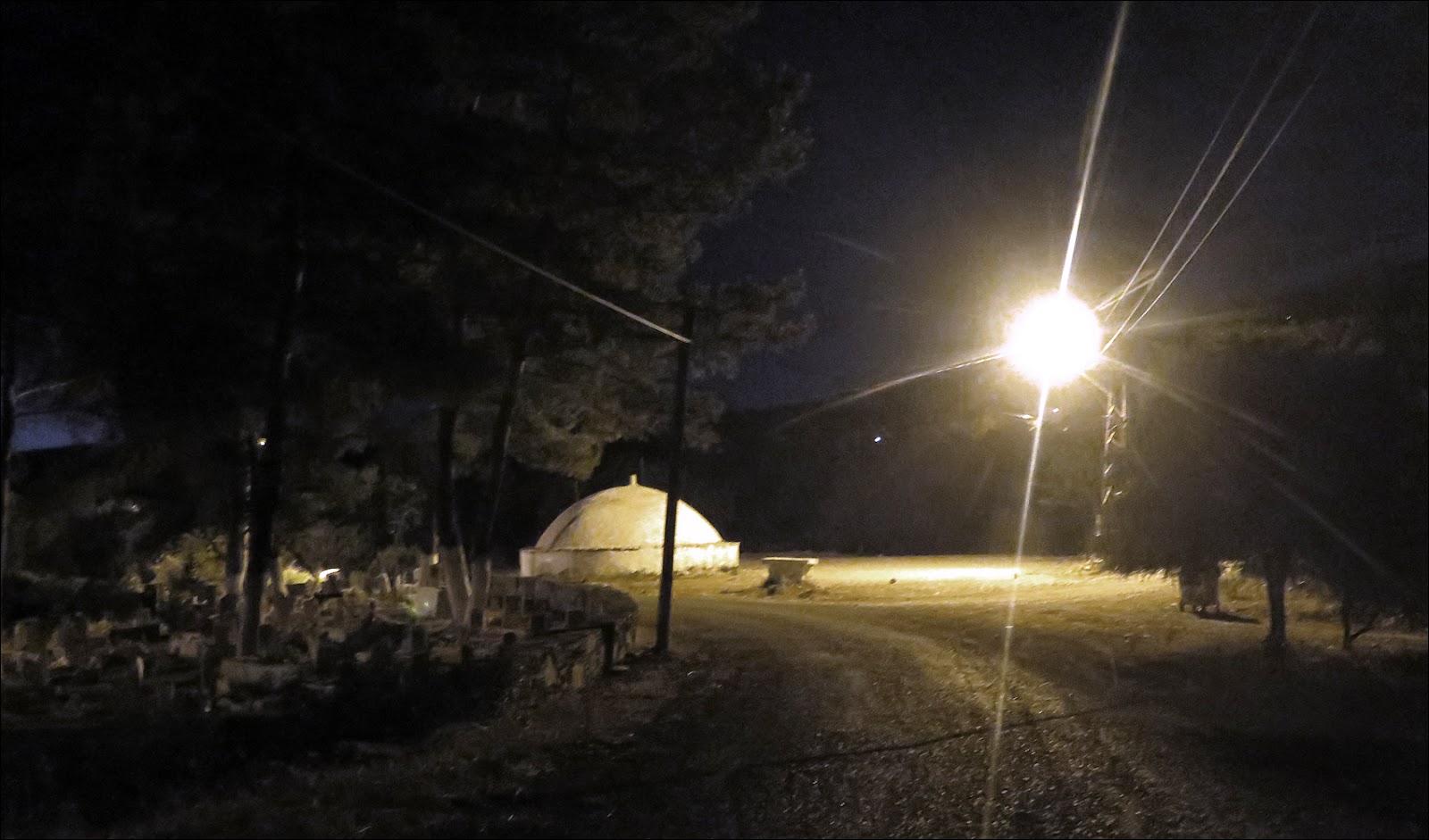 The morning after finishing this entry, I released the Saga into the wild. It considered myself lucky to see such a large insect. I now want to go on more night rides across the Bodrum peninsula. Who knows what other critters may be lurking out there?

UPDATE: I assumed this giant cricket was a member of the species, Saga pedo, but the commenter "Kurt" has kindly corrected me. He has pointed out that this beast was not a S. pedo, but a member of the closely-related species Saga natoliae, or Saga ephippigera, both of which also live in Anatolia.

The entire population of the species Saga pedo consists of parthenogenetic females, which give birth to their own clones. This specimen, on the other hand, was a male, as evidenced from its rear abdomen. Such giant locusts, if male, belong to the aforementioned cousin species, S. natoliae or S. ephippigera. Thanks for the correction Kurt!