The Siren of the Red Island 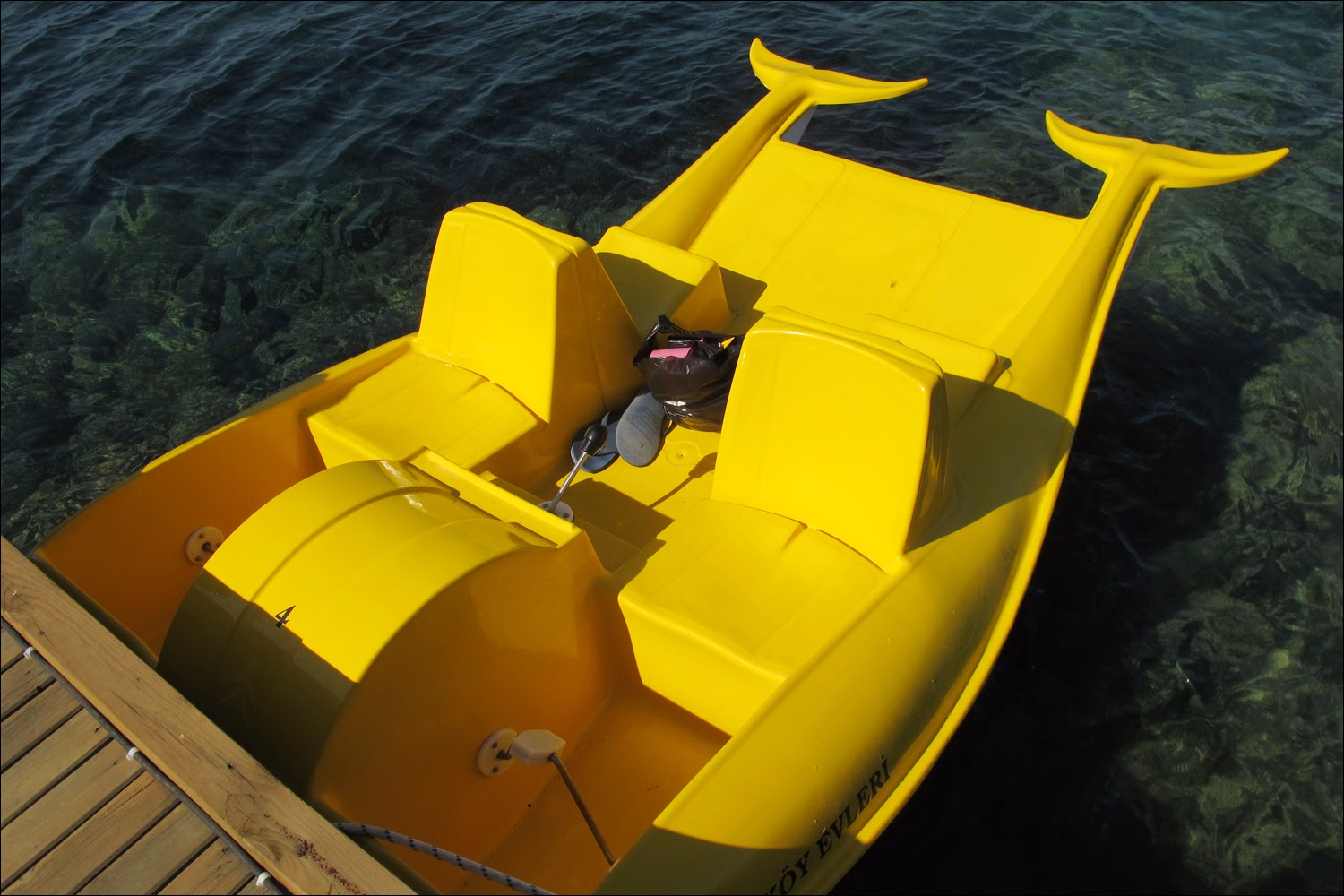 In June 2013, my wife and I hired this yellow pedal boat and embarked on a journey to a nearby rocky islet near the Bodrum peninsula. We were on an adventure with an artistic twist. 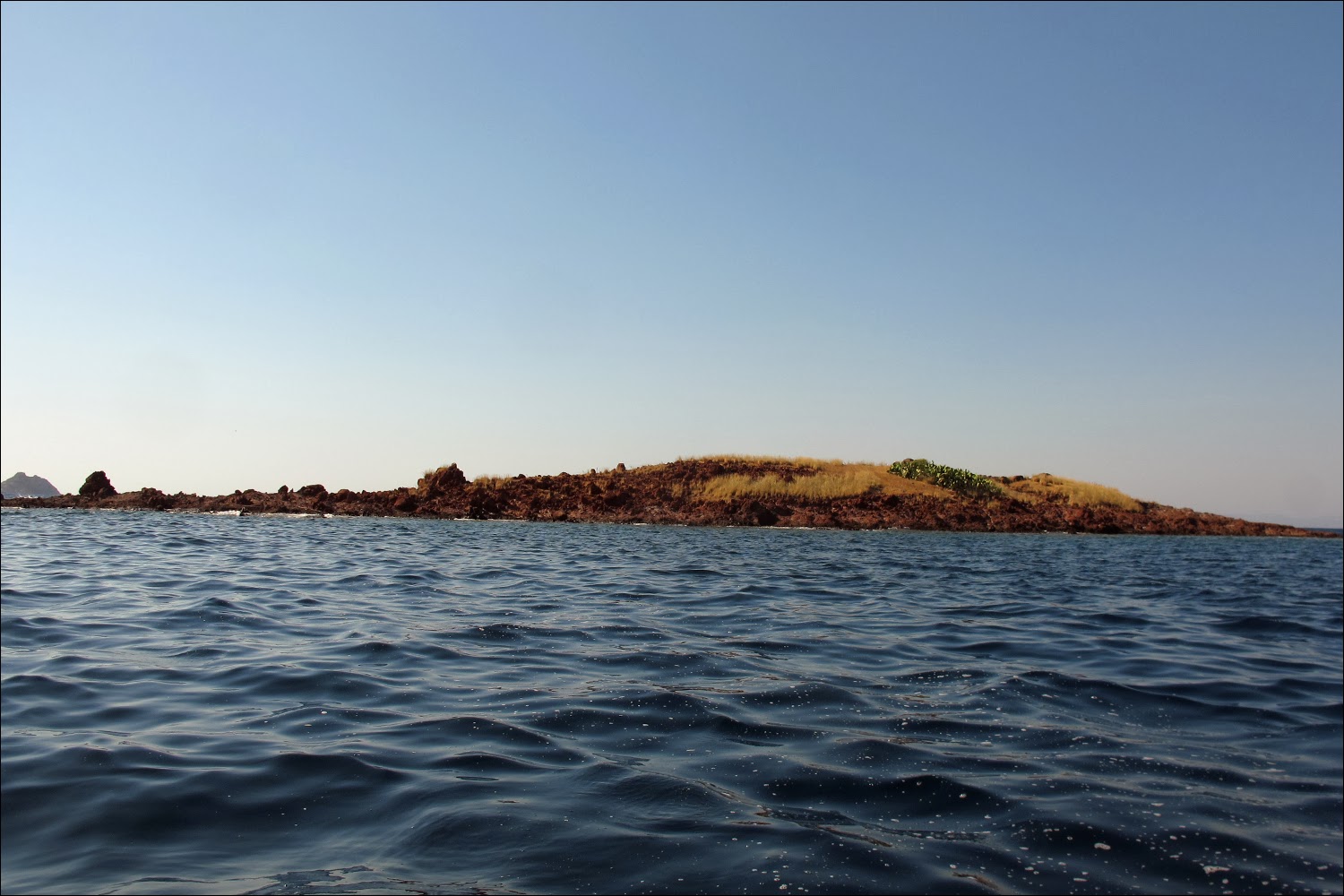 The island loomed closer as we pedaled. Bright yellow bushes and a cactus patch became visible. We nicknamed this island "the red island" due to its crimson volcanic rocks. 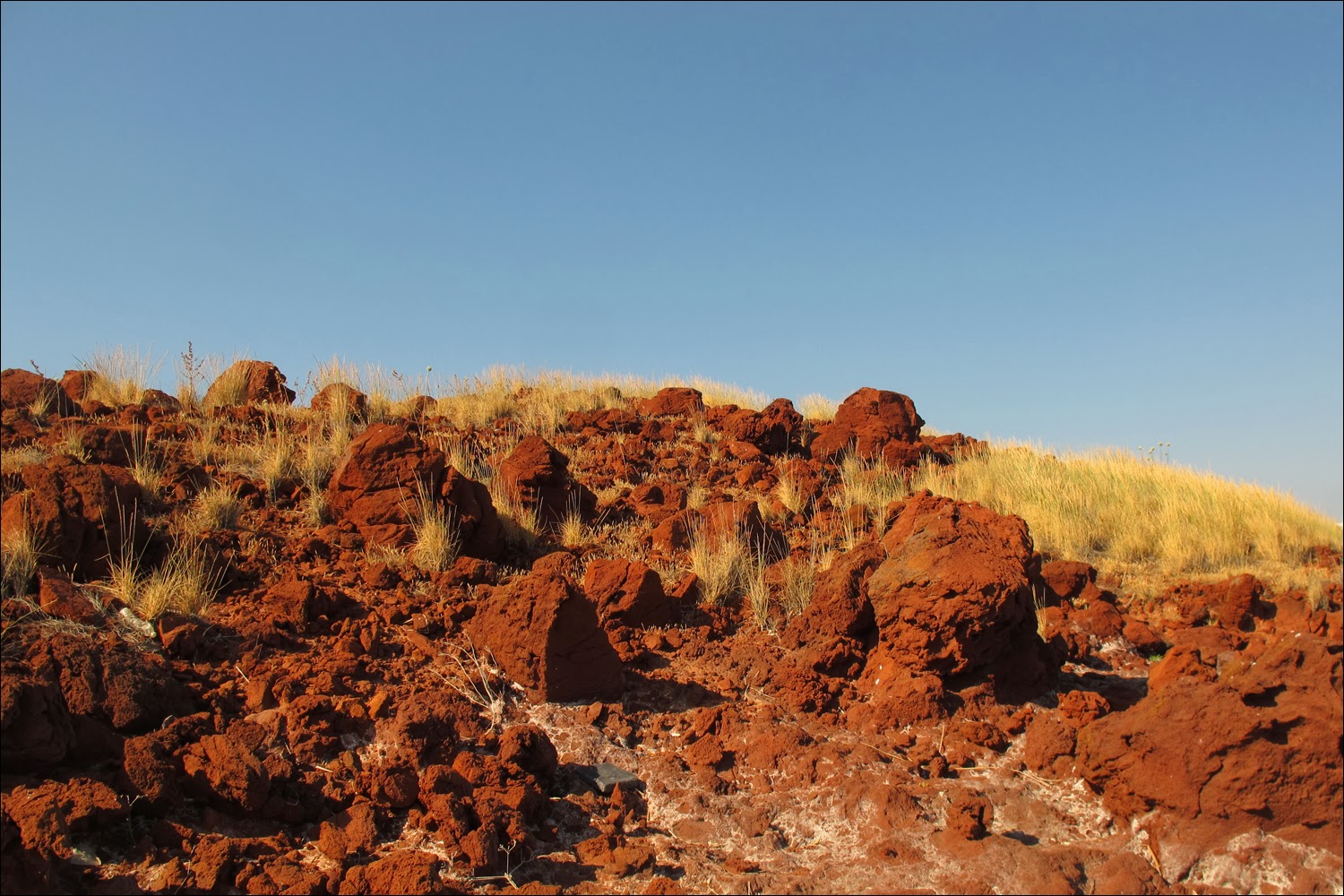 A view after our landing. The reddish volcanic stones that made up this island were unique - the nearby bay had no rocks of this colour or composition. 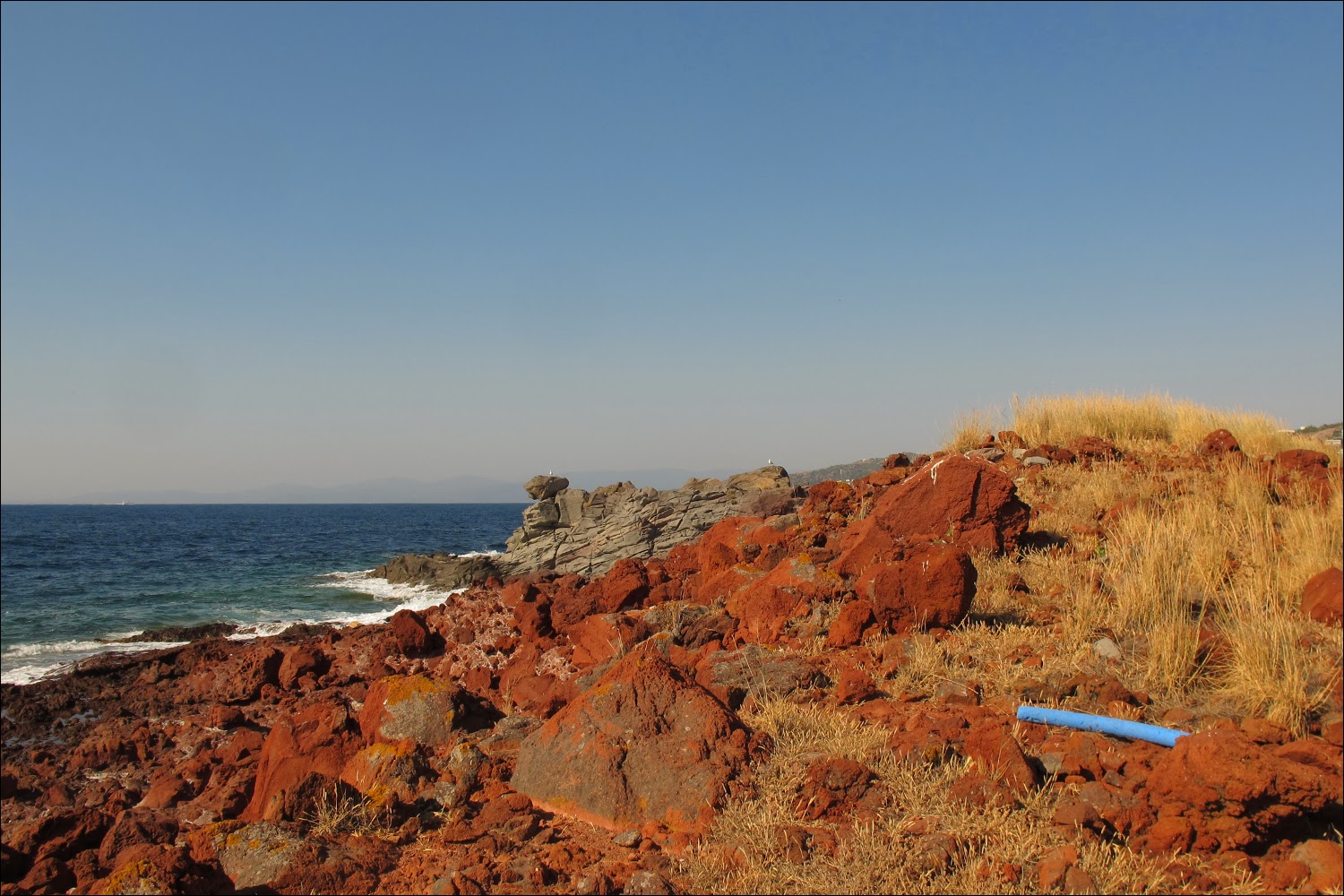 The coast of the islet that faced the open sea was made up of wind-and-wave-swept rocks of a greyish colour. 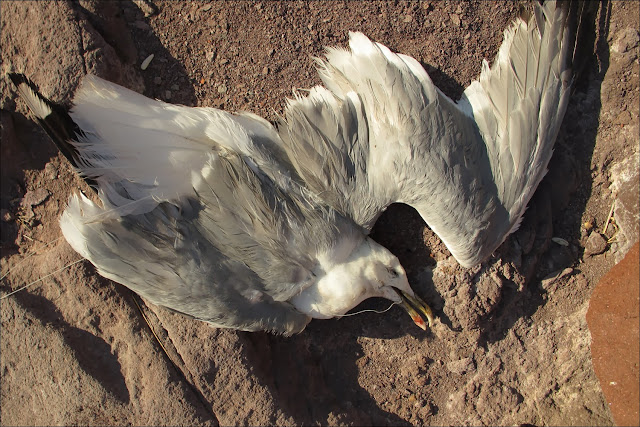 We saw this unfortunate seagull that had swallowed a fishing line and died - a poignant reminder of the casual evil brought about by people's everyday activities. 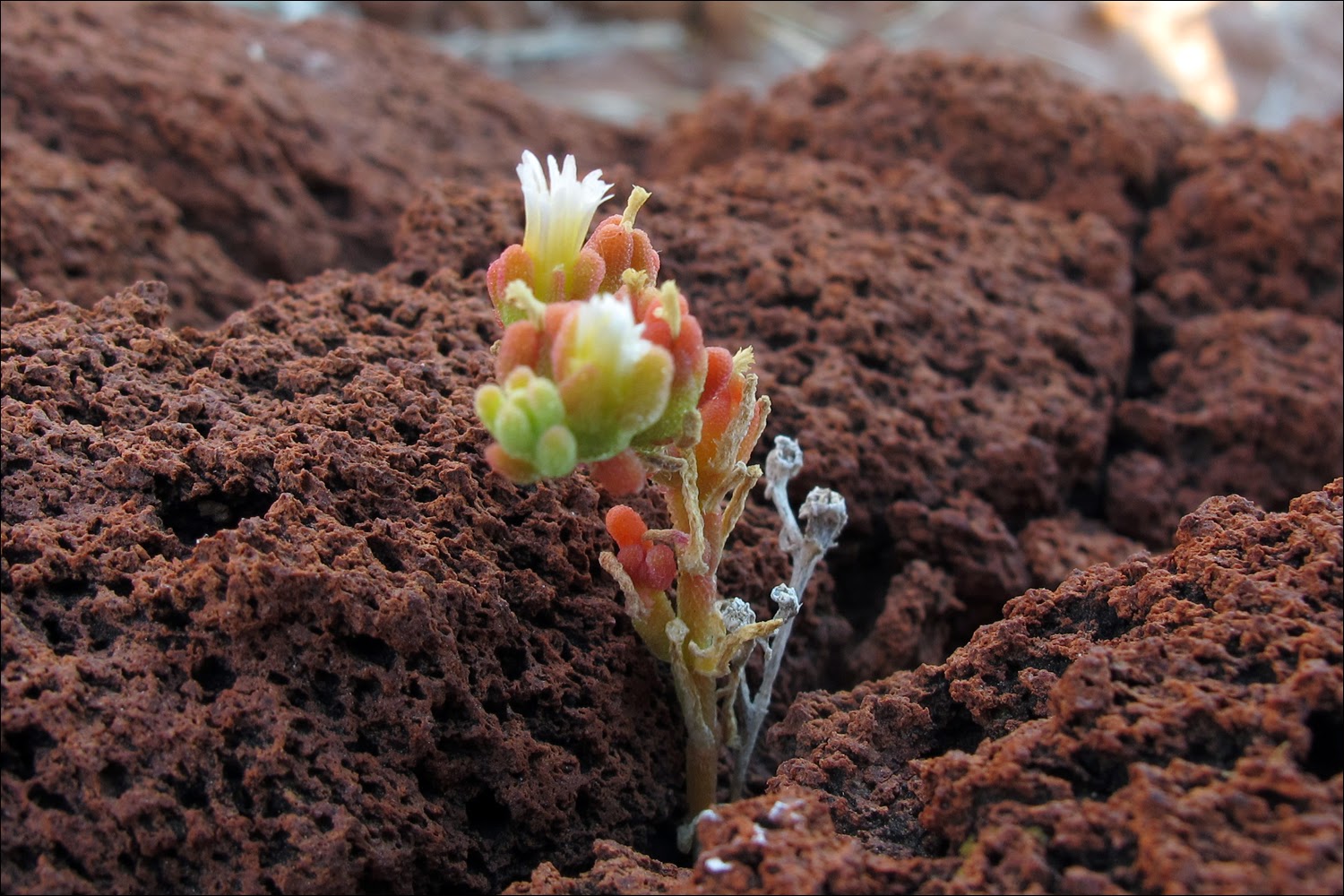 An interesting detail was this colourful, succulent plant that had barely held on to life among the volcanic rocks. It had even managed sprout flowers! 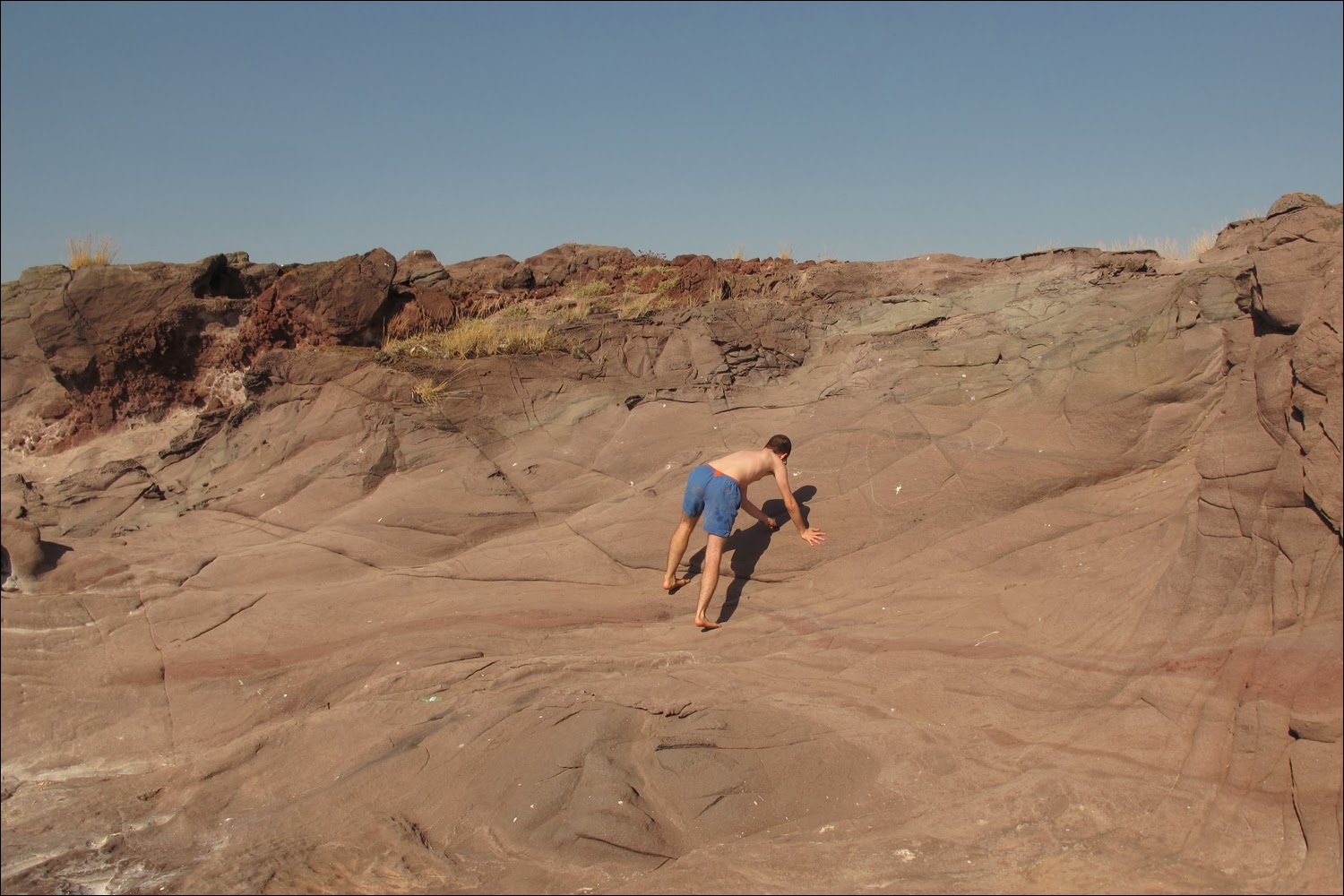 But we weren't on the island just to explore. I'd been coming to this island repeatedly over the past few years, and was convinced that a smooth, wall-like section of the rock on its seaward side would make an ideal spot for a rock painting.

I unpacked some buckets of paint and brushes I'd brought along for this purpose, and got to work under the blistering sun. My wife was kind enough to wait for me and photograph my progress. 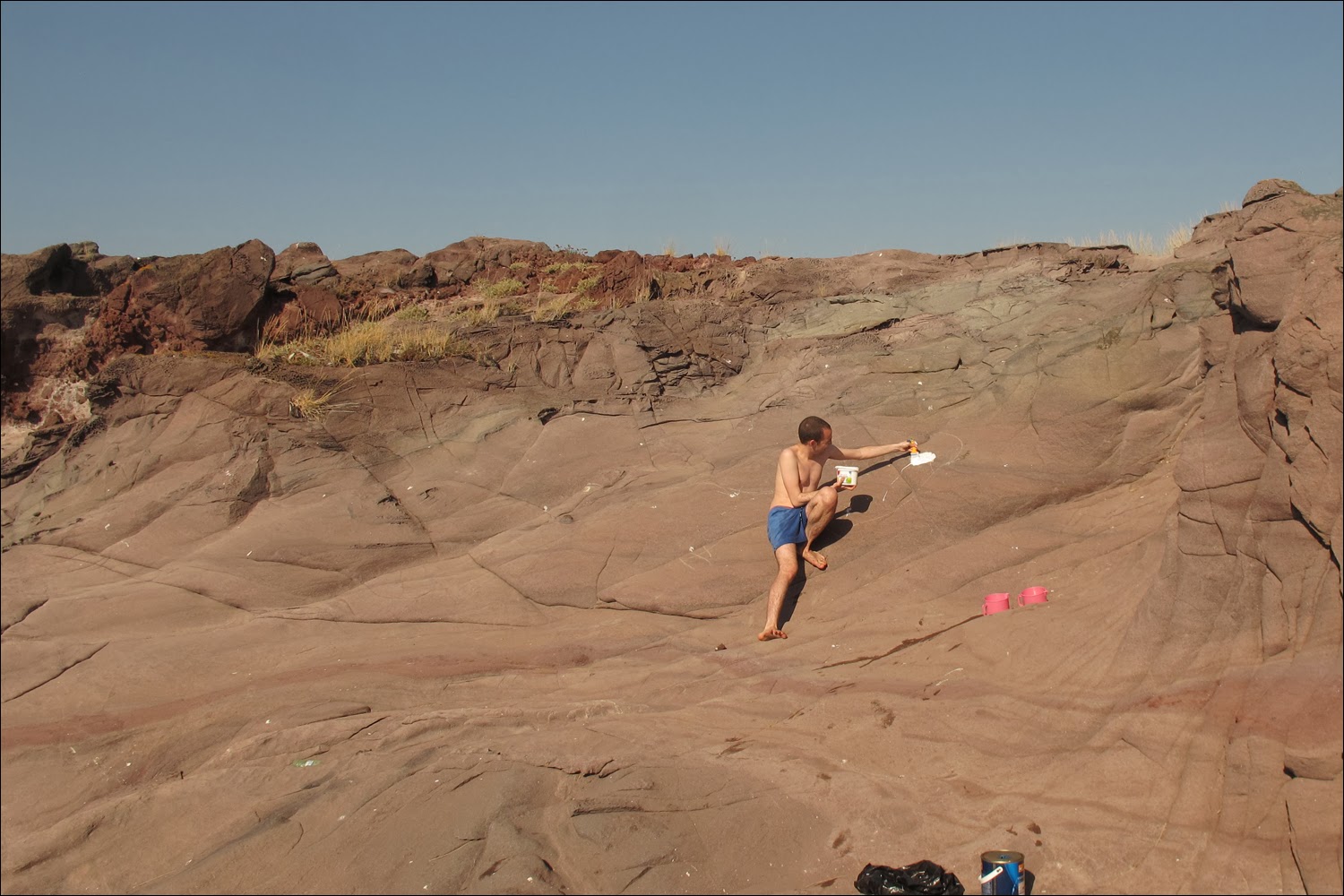 I wanted to decorate the rock with a large, siren-like monster. The eyes were the first... 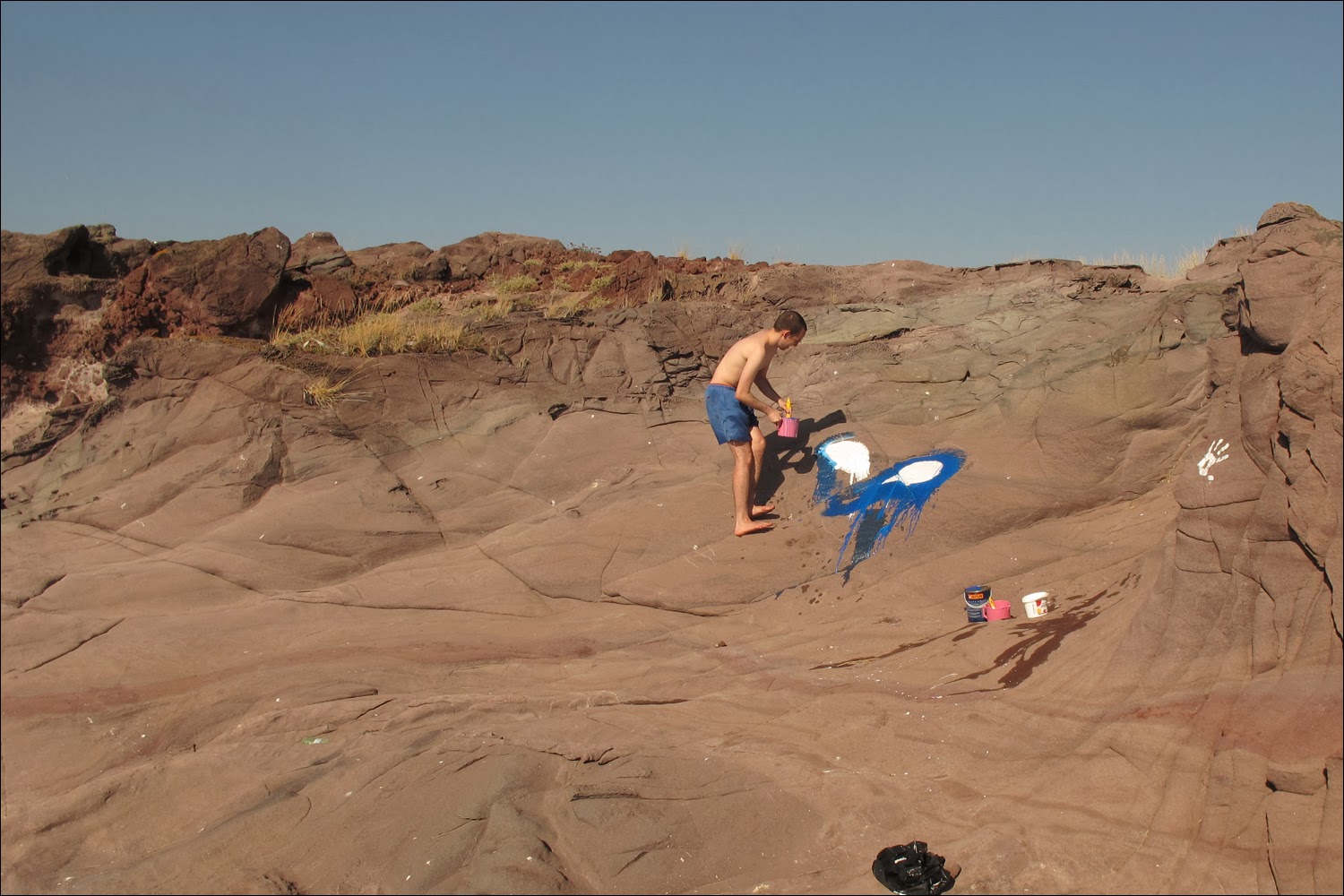 ...followed by the head. 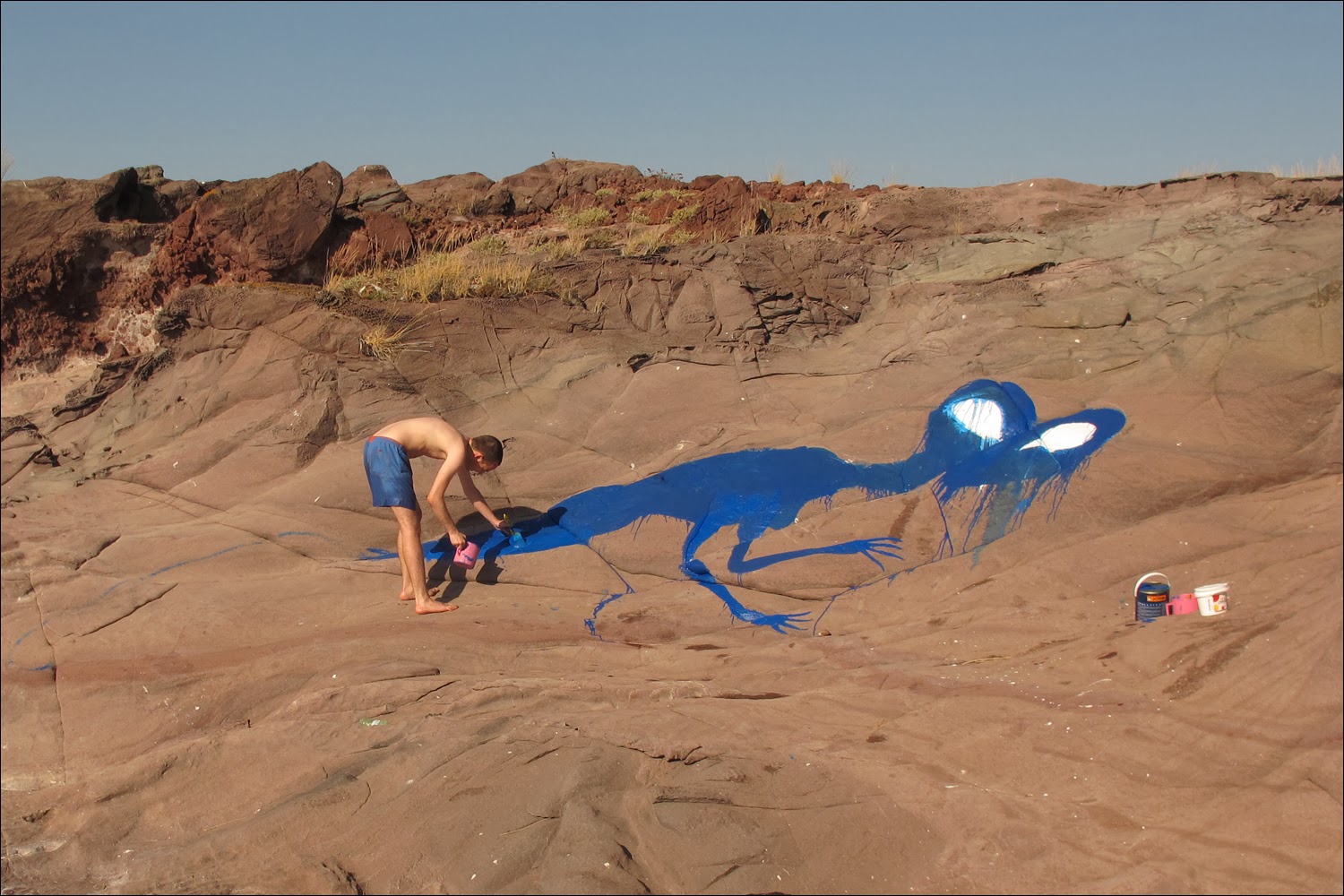 In less than half an hour, the body, head and the arms of the Siren took form. 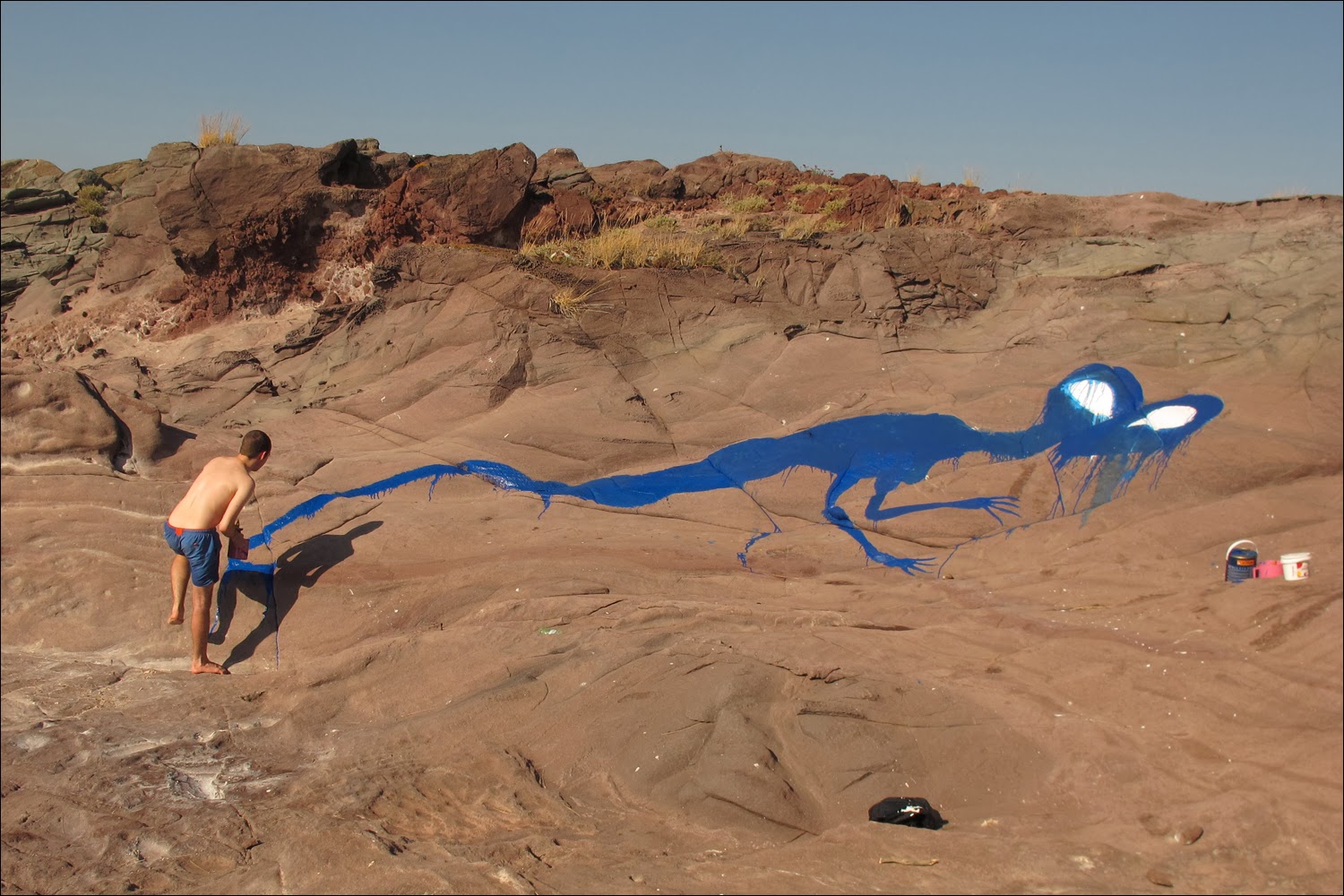 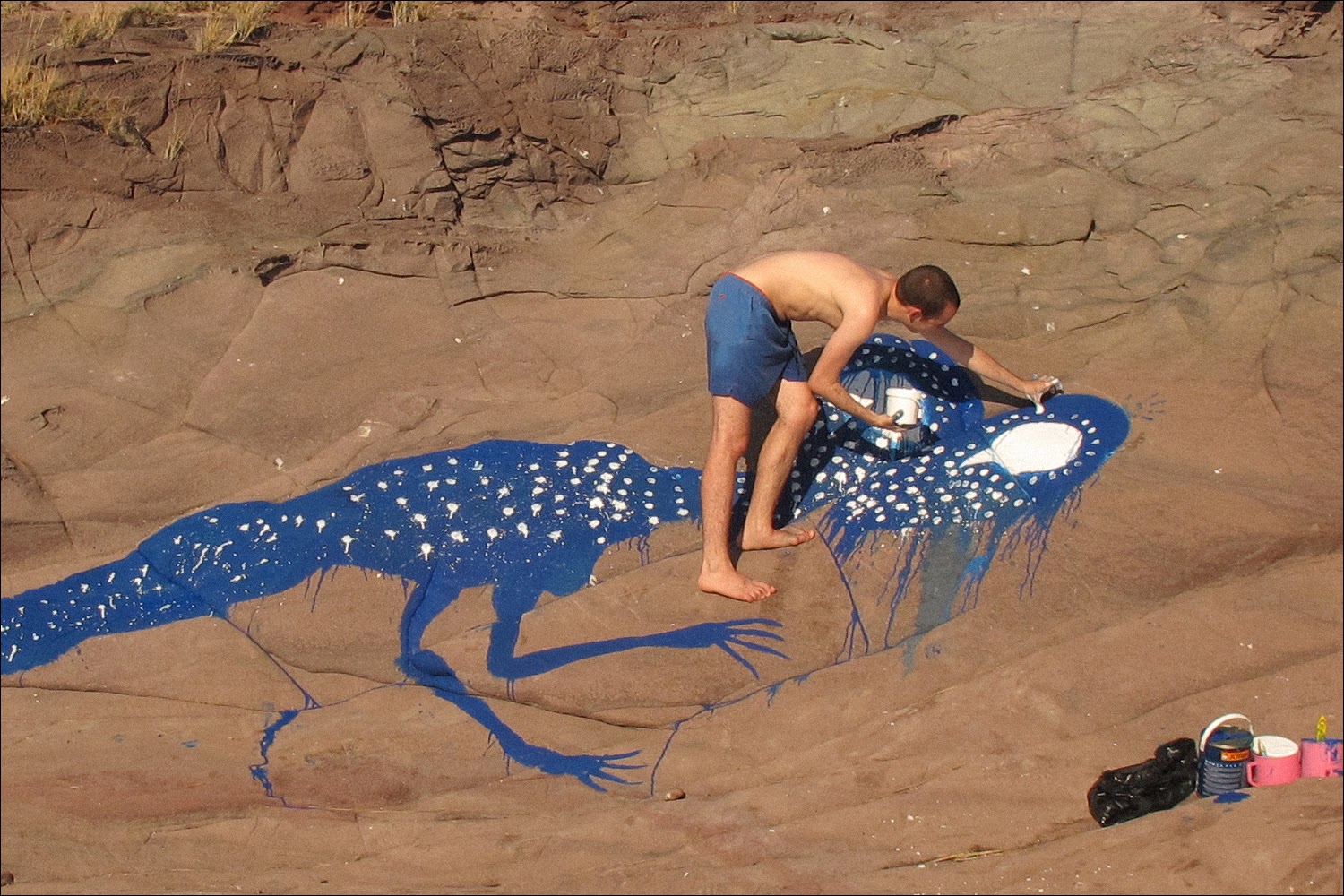 When the basic form was done, I gave the Siren a speckling of "stars," made by daubs of white paint from my thumbs. All paints used in this piece were water-based and biodegradable. 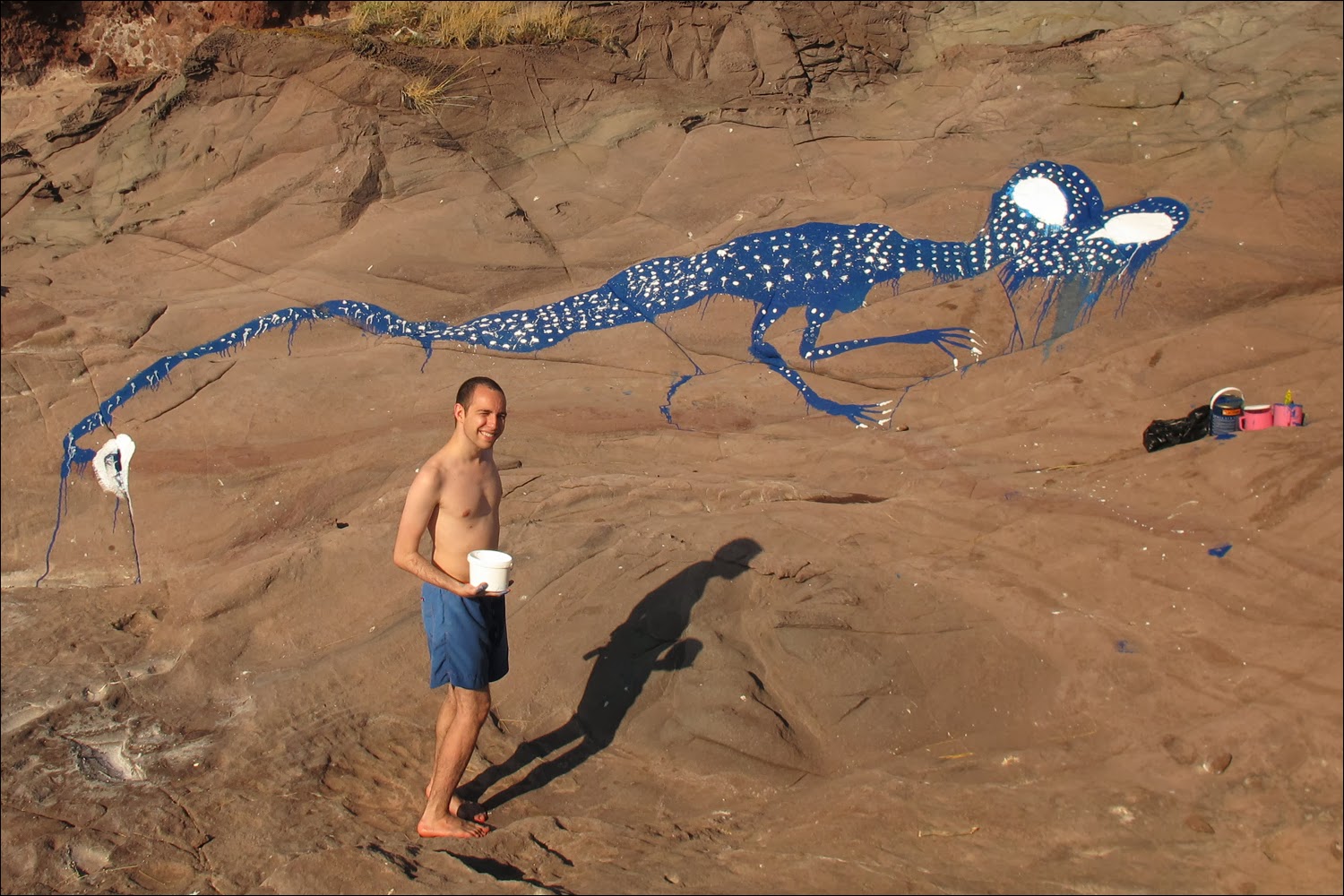 A few more touches, and it was ready! Notice how quickly my face got burned in the blistering Aegean sun. 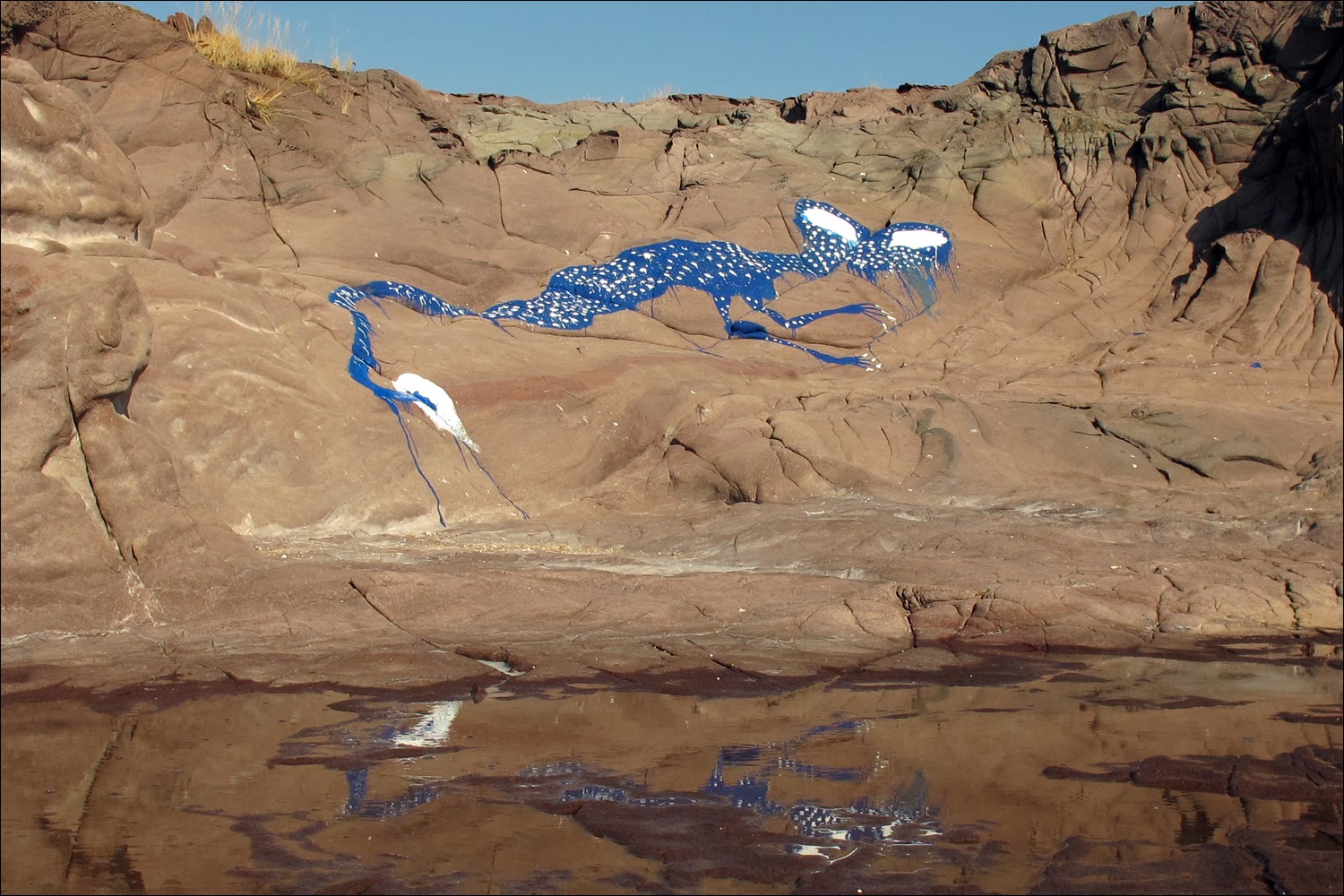 We left the Siren there, facing the open sea between Turkey's Aegean coast and the waters of Greece. I hoped to visit it again next summer, and see how it had fared through the winter. 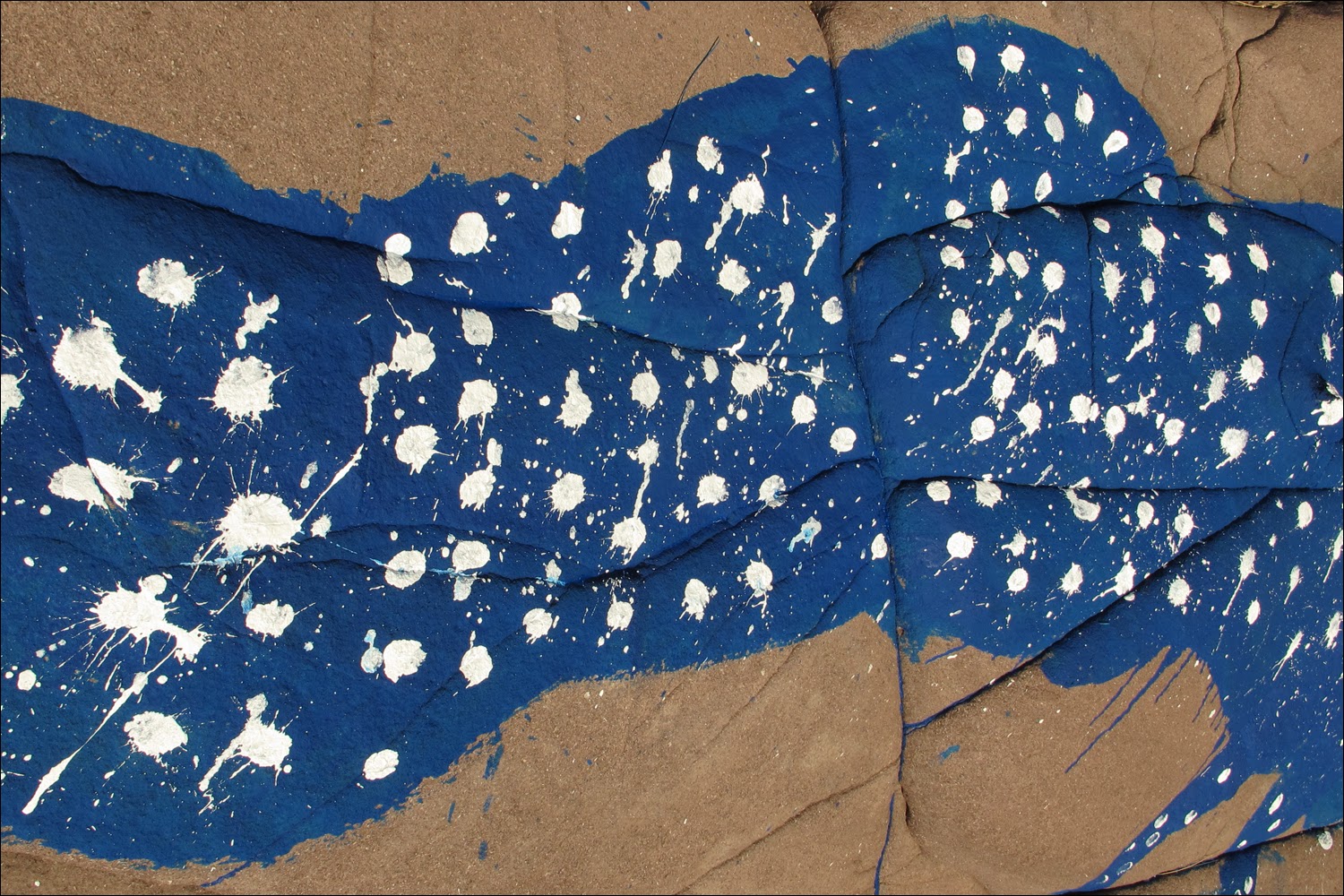 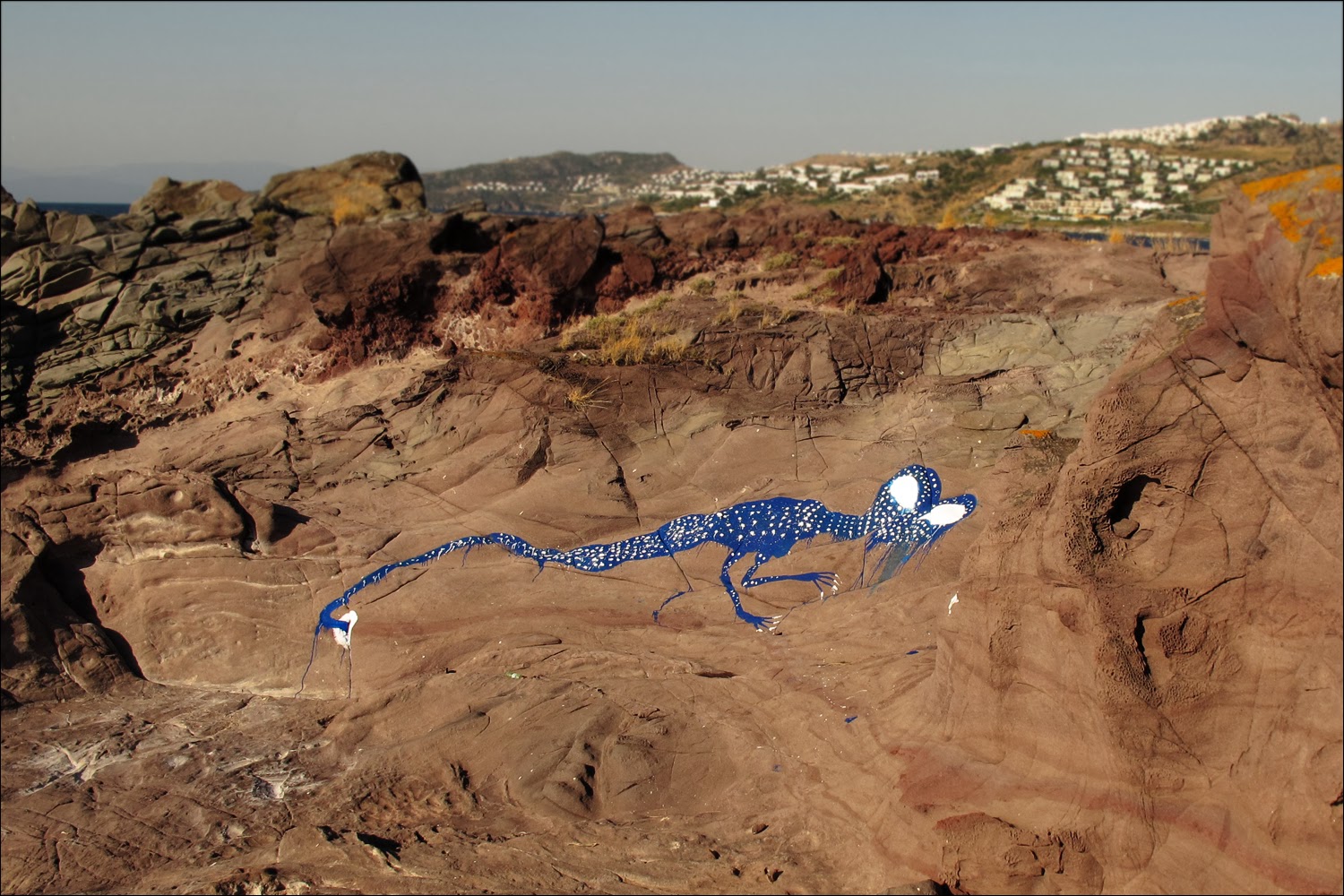 You can see the Siren at these coordinates. If you see it, can you send me a photo as well? 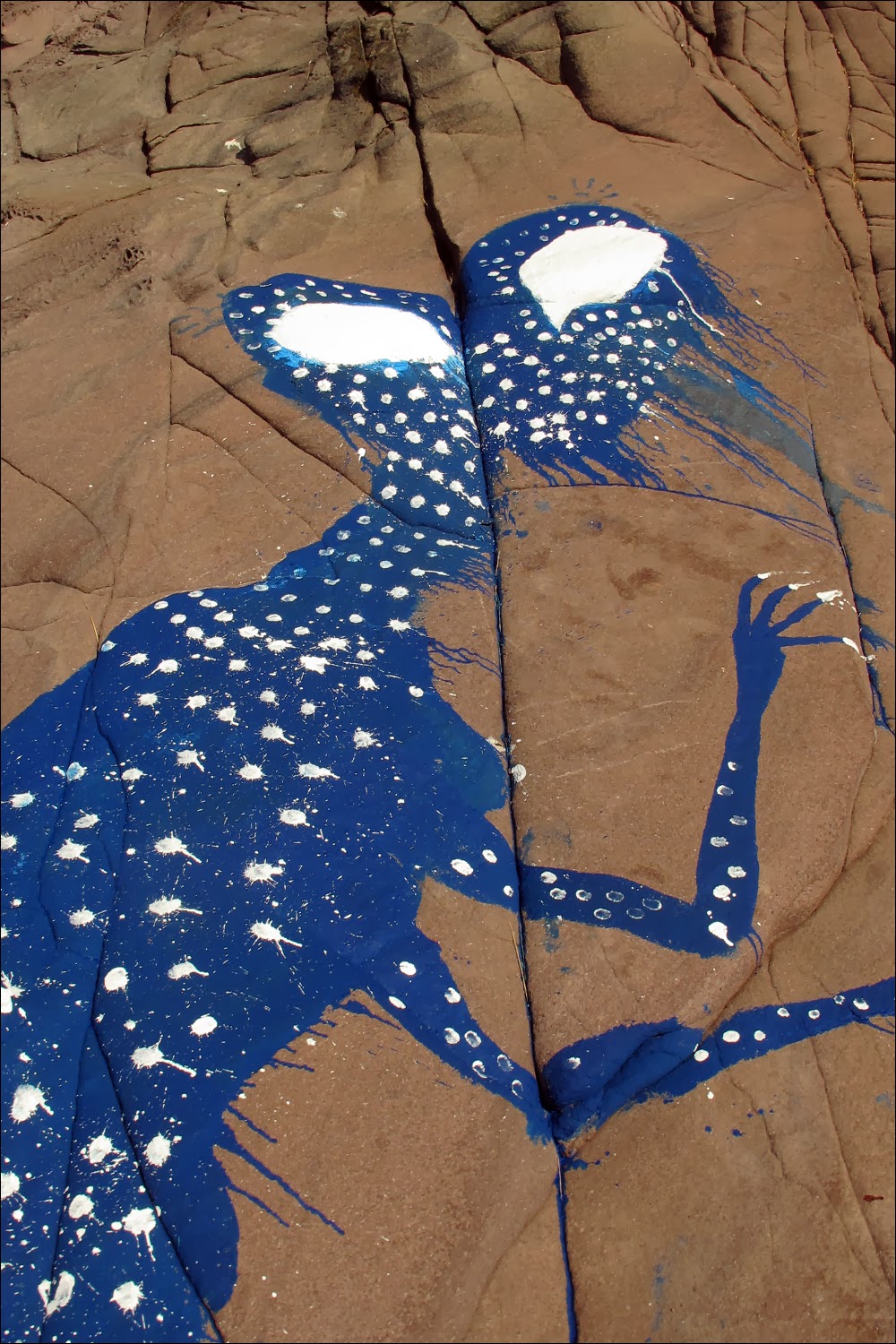